There was a healthy turnout at the PG Dems meeting on April 7.  Senator Dance reported 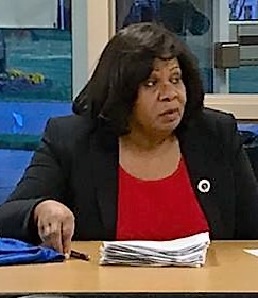 on the highlights of the the 2016 General Assembly session and cautioned that veto day is on April 20, but it is unlikely that GOP can override Governor McAuliffe’s vetoes.

Long time Prince George Dems member, Pete Washington,  was approved for full voting membership in the Committee.  A reminder to all that every two years each Local Committee must reorganize under the Party Plan of the Democratic Party of Virginia.

The delegate selection process and the Prince George Dems unassembled caucus on April 16 were discussed.  If the number of people prefiling by April 9 for election as delegates is equal to or less than the allowable number, the caucus will be cancelled and that announcement will be made here.

The Committee discussed the steps forward on the single member voting districts effort.

Finally bylaws for the reorganized Committee were approved and will be posted shortly on this site’s documents/forms page.

See you on May 5 at our next meeting.